Crossing over (and under)

Karangahape Road is known for many things, almost all of them as wonderful and eclectic as you could hope for, but seemingly few people are aware of the stillness and calm that can be found at the very end of the street – away from all the life and almost completely surrounded by death.

I know this is probably not everyone’s cup of tea but I’m talking about the Symonds Street cemetery. 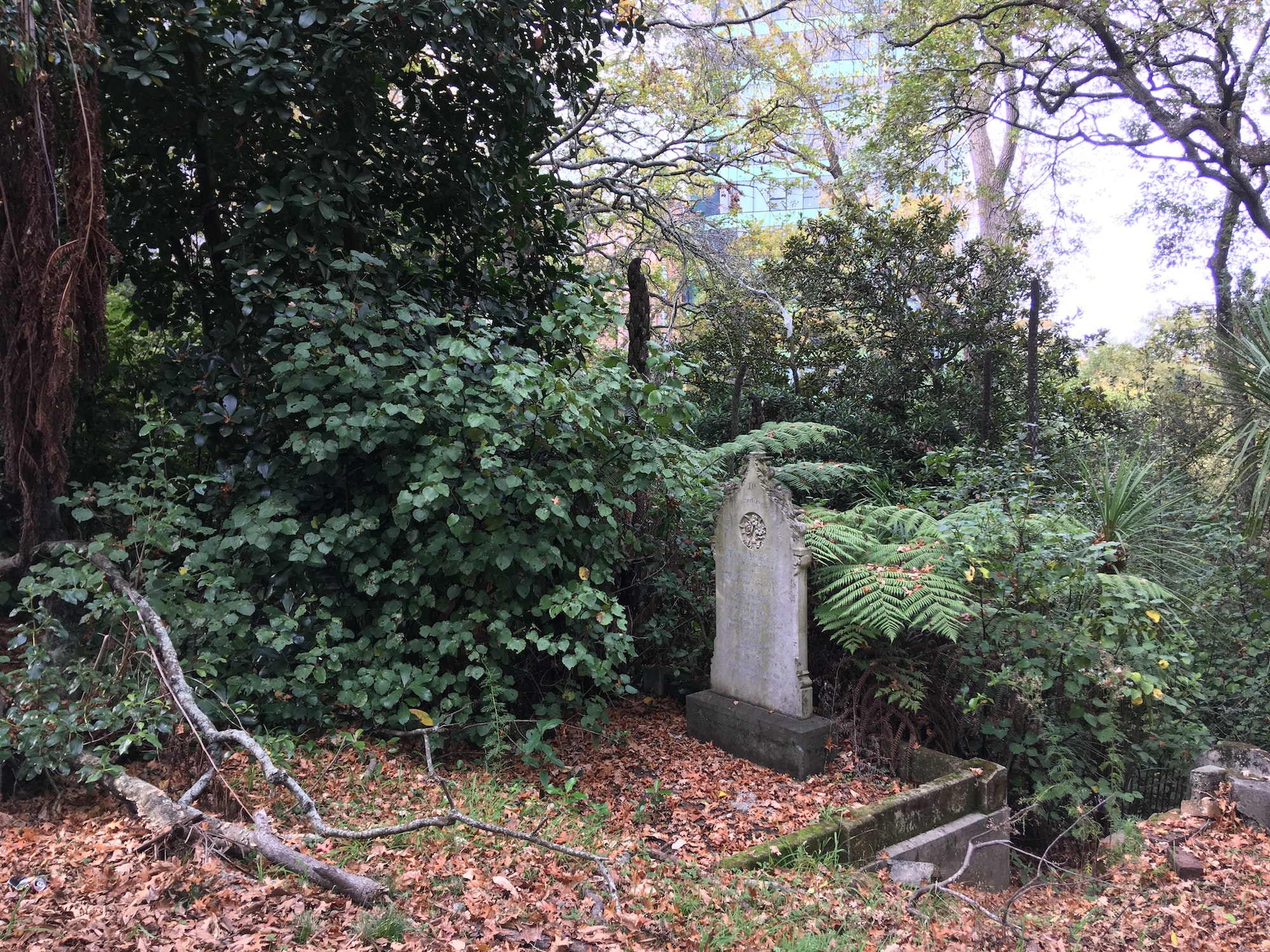 The Symonds Street cemetery was established in 1841 on land “outside the city limits”. The land, which was covered in thick and lush bush, was cleared and planted mainly with exotics – oaks, conifers and willows - of which some still remain. In the early 70's native trees were replanted in the gully, and by 1979 botanists were able to list 57 species of native plants thriving again where they once were. 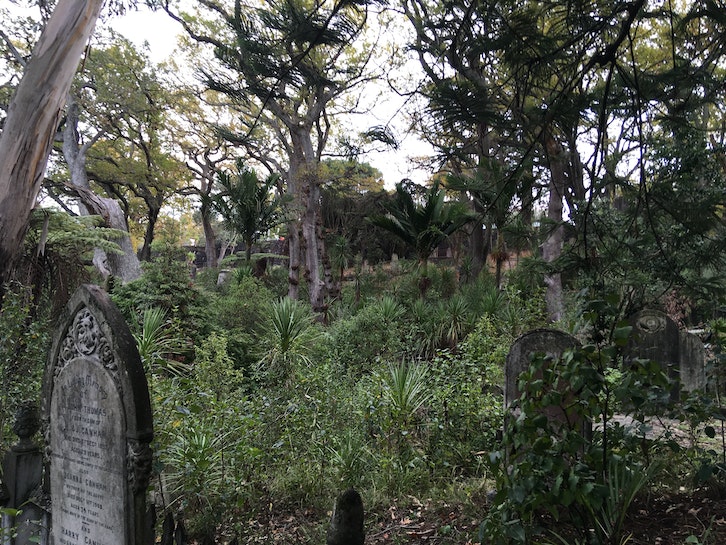 Cemeteries can be spooky and uncomfortable places to go to – and for very good and obvious reasons. The Symonds Street cemetery feels almost less like a cemetery and more like an outdoor museum of local history, heartbreak and sorrow. It is also an amazing place to witness regenerating native flora right in the centre of Aotearoa’s most populous city, Tāmaki Makaurau. 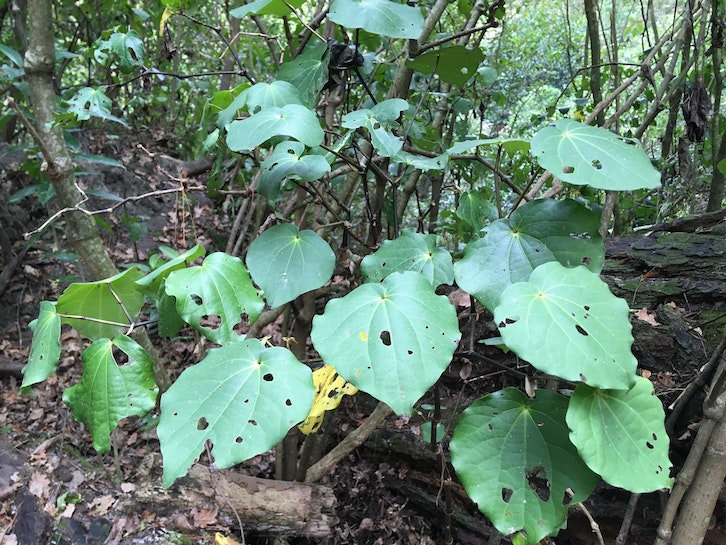 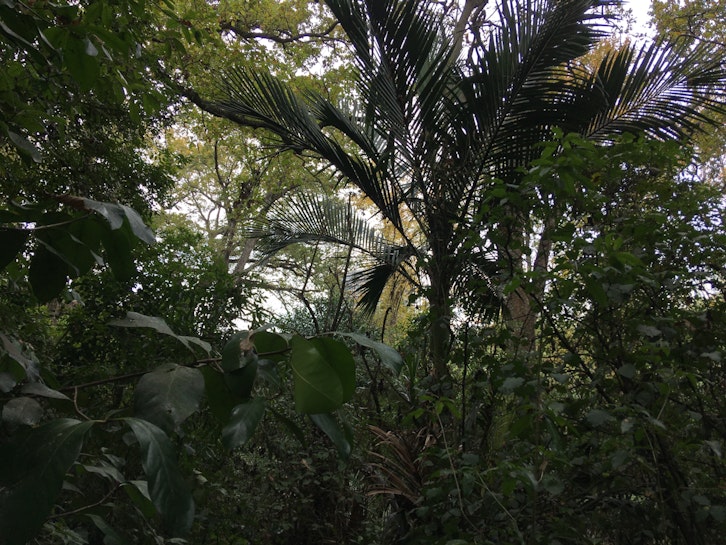 An amazing array of moss and lichens cover old and damaged concrete pillars to loves lost. Further down the path leads through densely regenerating Coprosma and Macropiper species. There are many winding paths, but if you follow the main path down the gully you come across the Waiparuru Nature Trail. This leads through thick glades of Mamaku, Nikau, Cordyline, Karaka and Putaputawētā eventually leading to a clearing. If you look up you will see you are at the lowest point in the gully. Directly under Grafton Bridge. 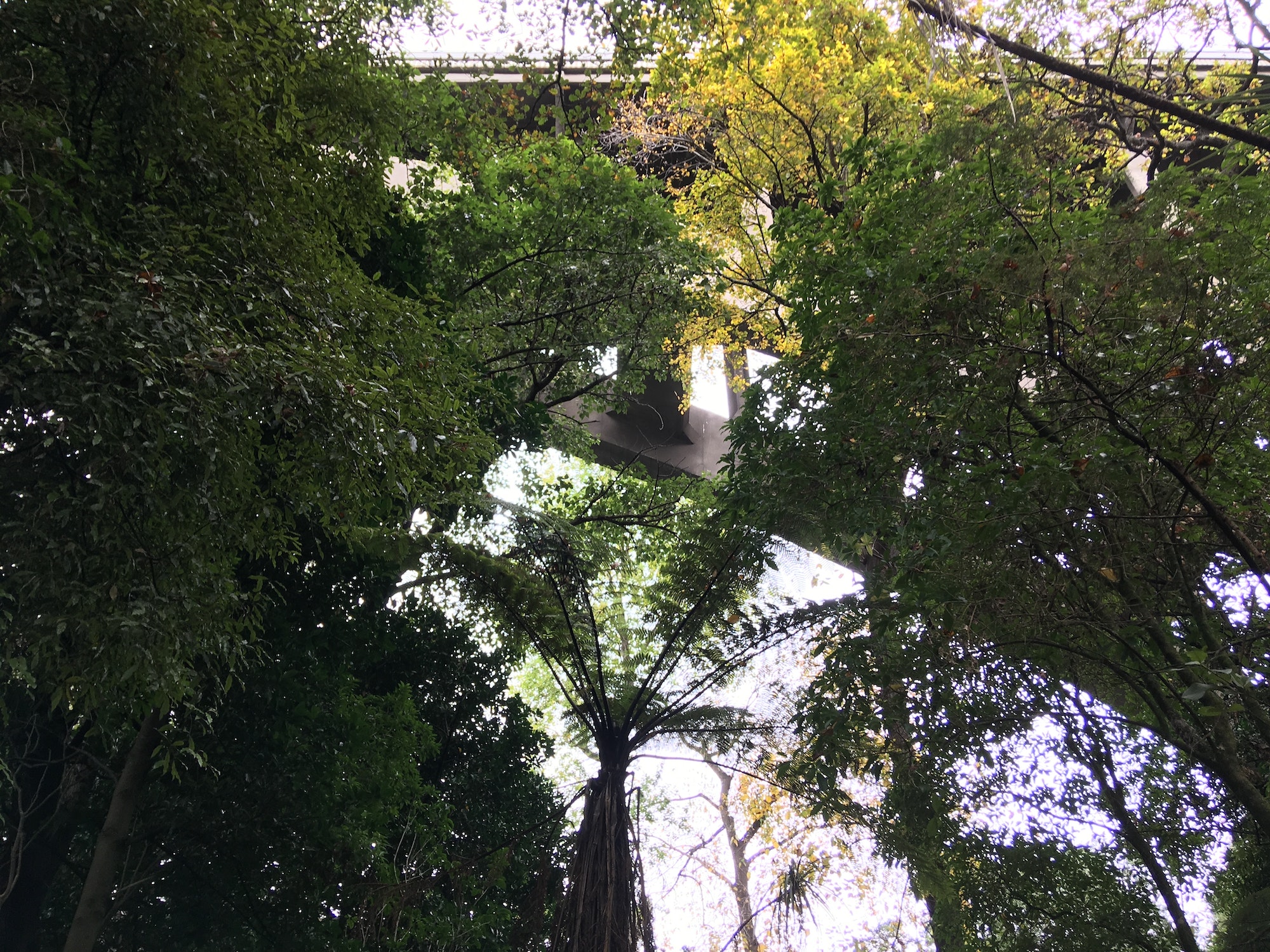 What surprised me most was the Waiparuru awa was still flowing. This may not be surprising because … that’s what rivers do, they flow… but we are in such an extended and devastating drought that the sight of the awa and the flutter of Piwakawaka filled me with warmth. 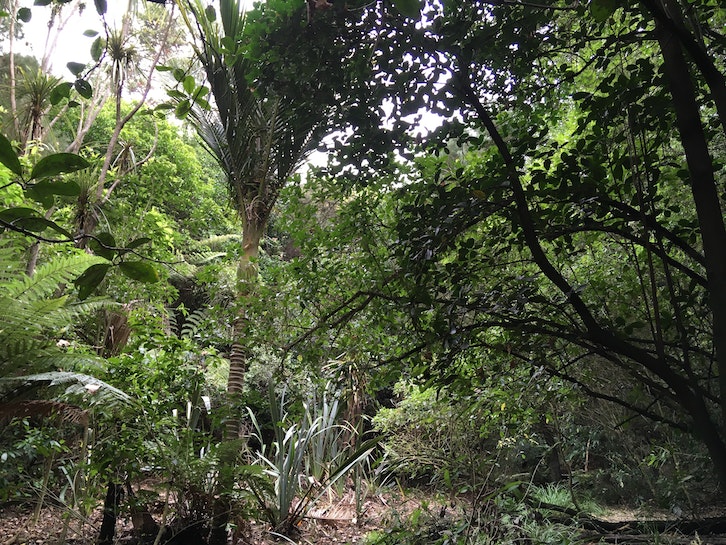 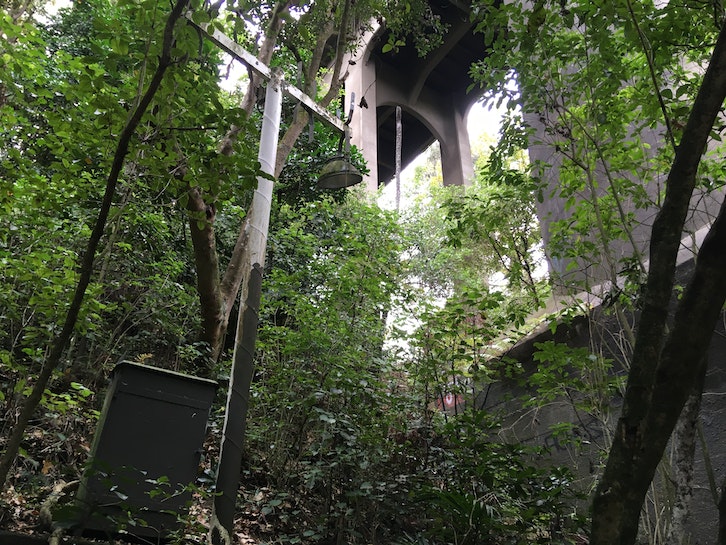 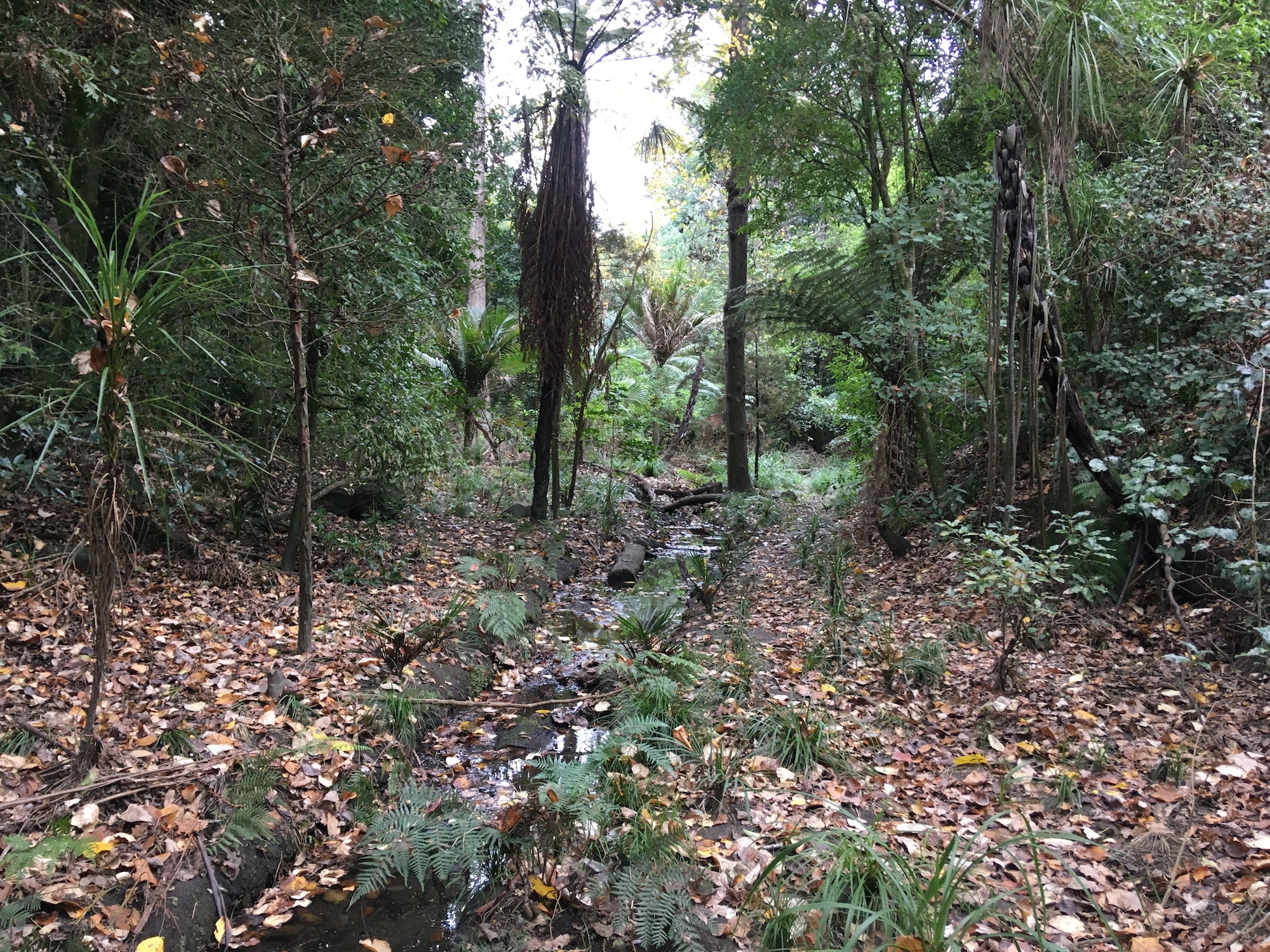 Walking back up along a narrow path the silence is interrupted by the swoosh swoop of Kererū wings and the ever intriguing, erratically moving call of the Tui.

I love this place but it is not without its sadness both past and present. Scattered throughout the graves in the bush you’ll undoubtedly find evidence of people living, sleeping rough, outside in the cemetery. 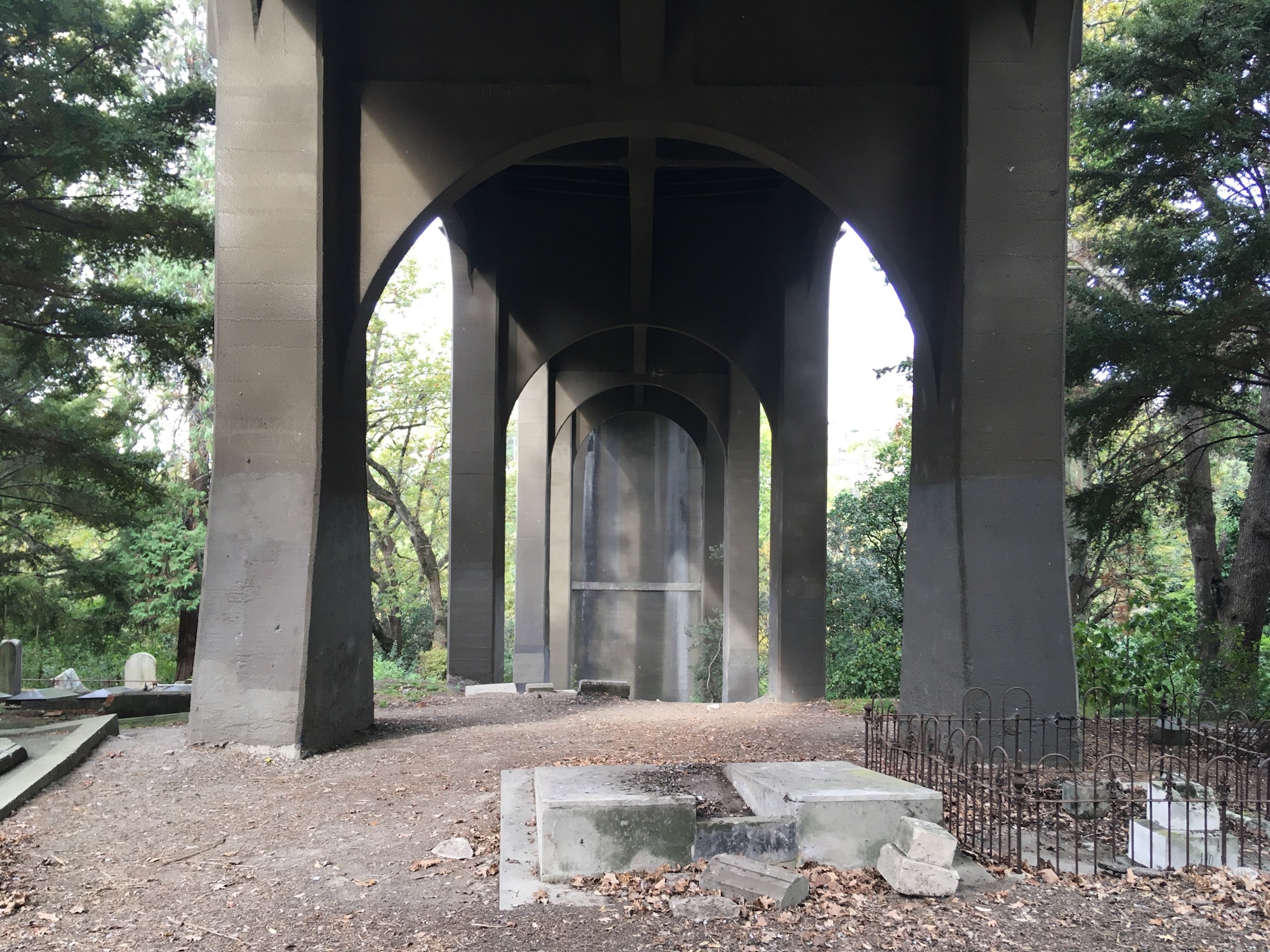 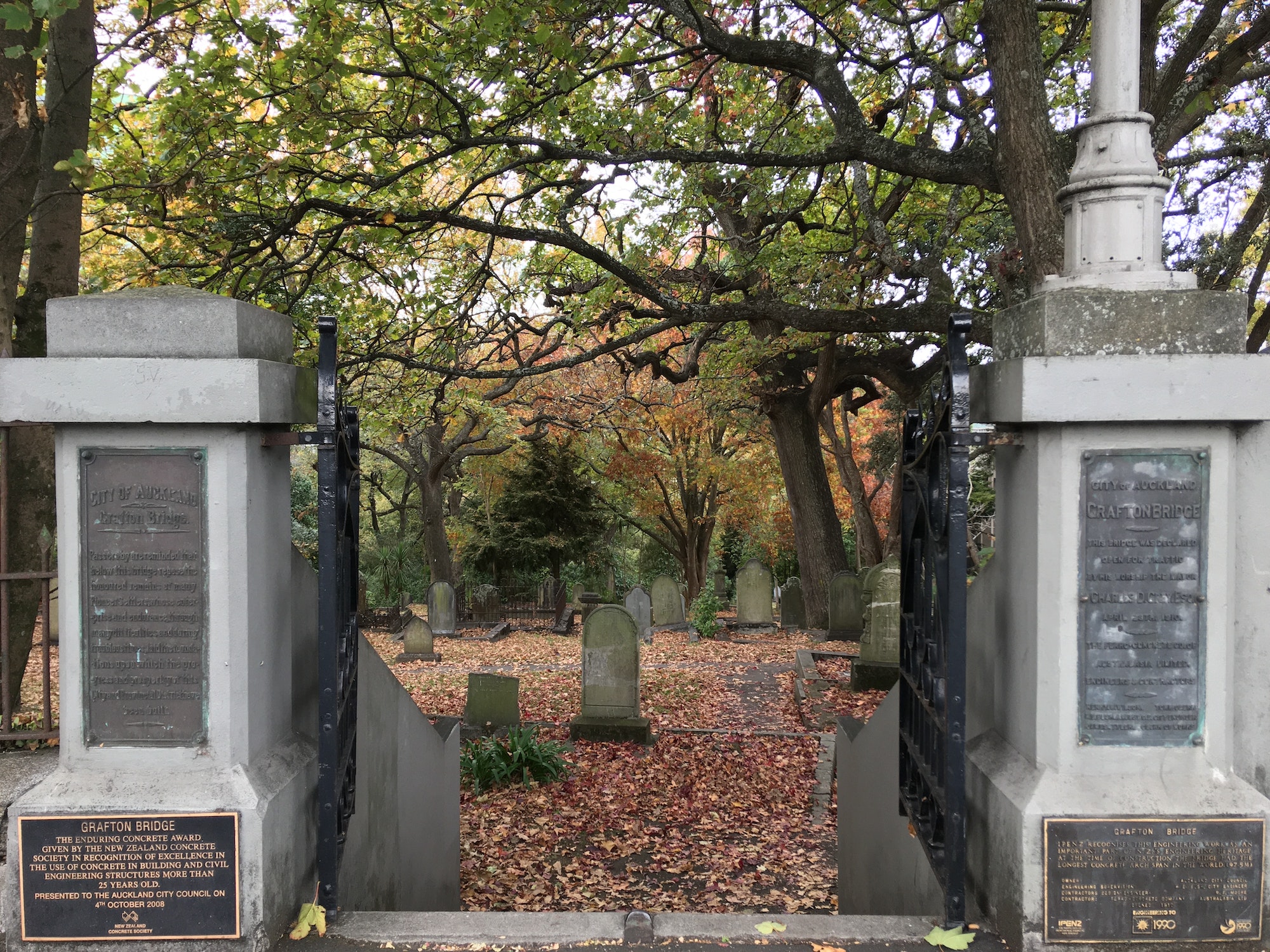 If you do happen to explore this area (and I highly recommend you do) please be mindful of those who occupy this incredible place – both those living, and those who are not. 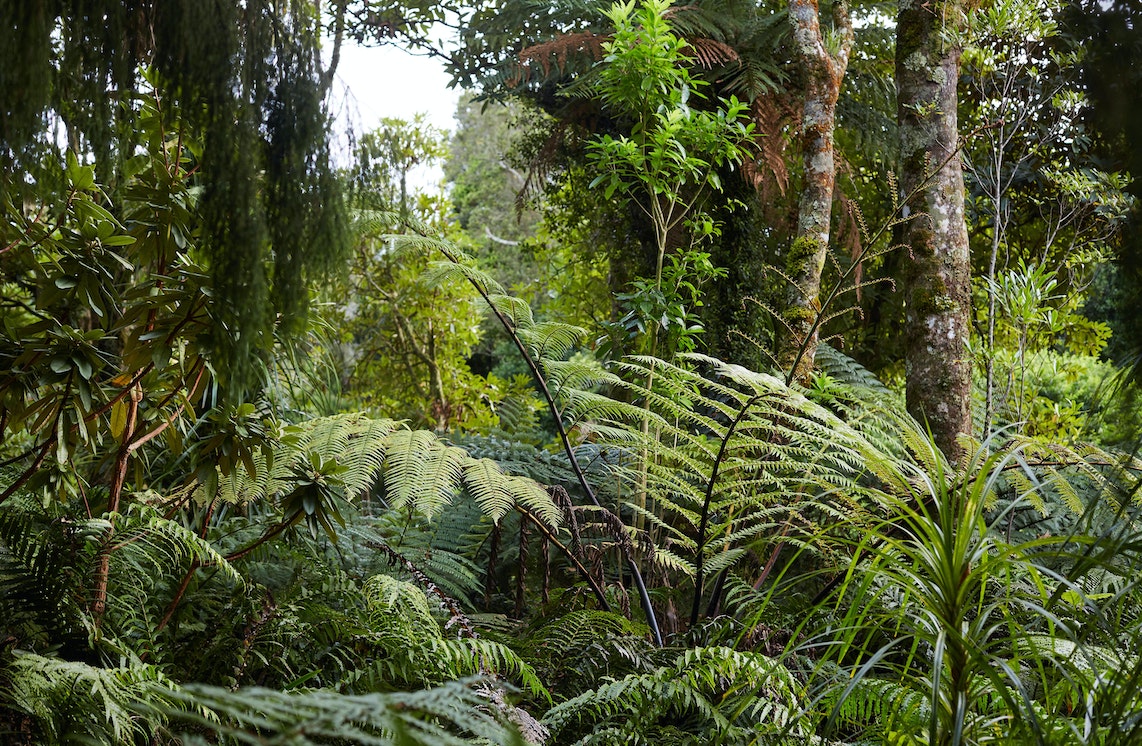