Beneath us, around us and within us fungi are present and active and yet little is know about this immense kingdom. Xanthe and Zeenia have been researching what we do know about it's role in our local world and those who are revisiting our native fungi as cuisine.

If we think of the web of life, fungi not only bridges the connection between organisms and their environment, it is also a critical part of the process of decomposition and the richness of the earth we depend on for our growing cycles. Fungi is literally interwoven into all of life’s web.

This Autumn we walked the Aotea track on Great Barrier Island backwards. By backwards I mean upwards. The track climbed almost vertically onwards and upwards as we headed from the low valleys to the top of Hirakimata. This sort of vertical movement, with a pack-laden back brings your nose closer into the lower layer of the forest, so with each heaving breath you are absorbing its sweet scent and essence. It brings you very close to the tapestry that spreads across the skin of the earth beneath; the small native orchids and myriads of mosses and liverworts, lichens and fungi. Fresh with Autumn rainfall and cooling temperatures, the ground was embedded with these jewels. The majority of our native fungi live in networks within the earth and within fallen or living wood, completely invisible to us and only for a moment in the Autumn do a select few surface in flamboyant displays that sparkle across the forest floor. 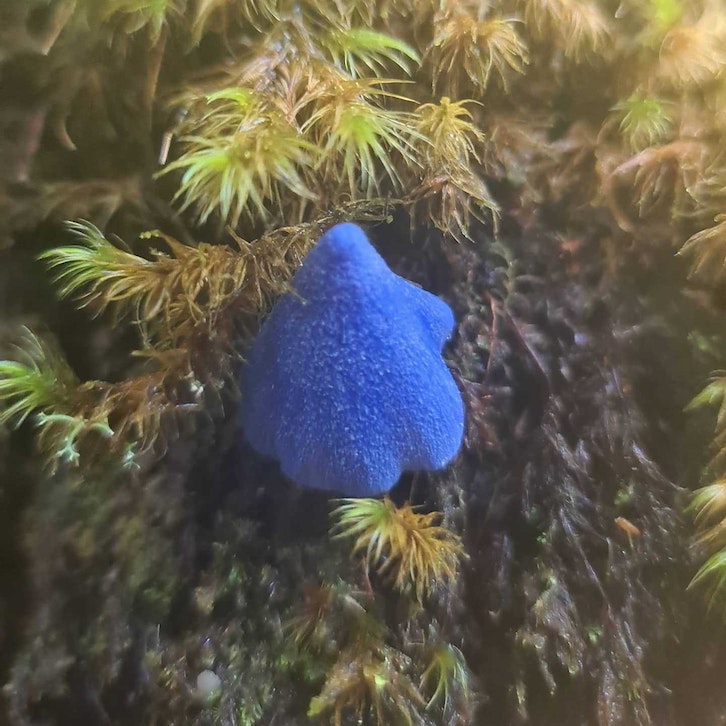 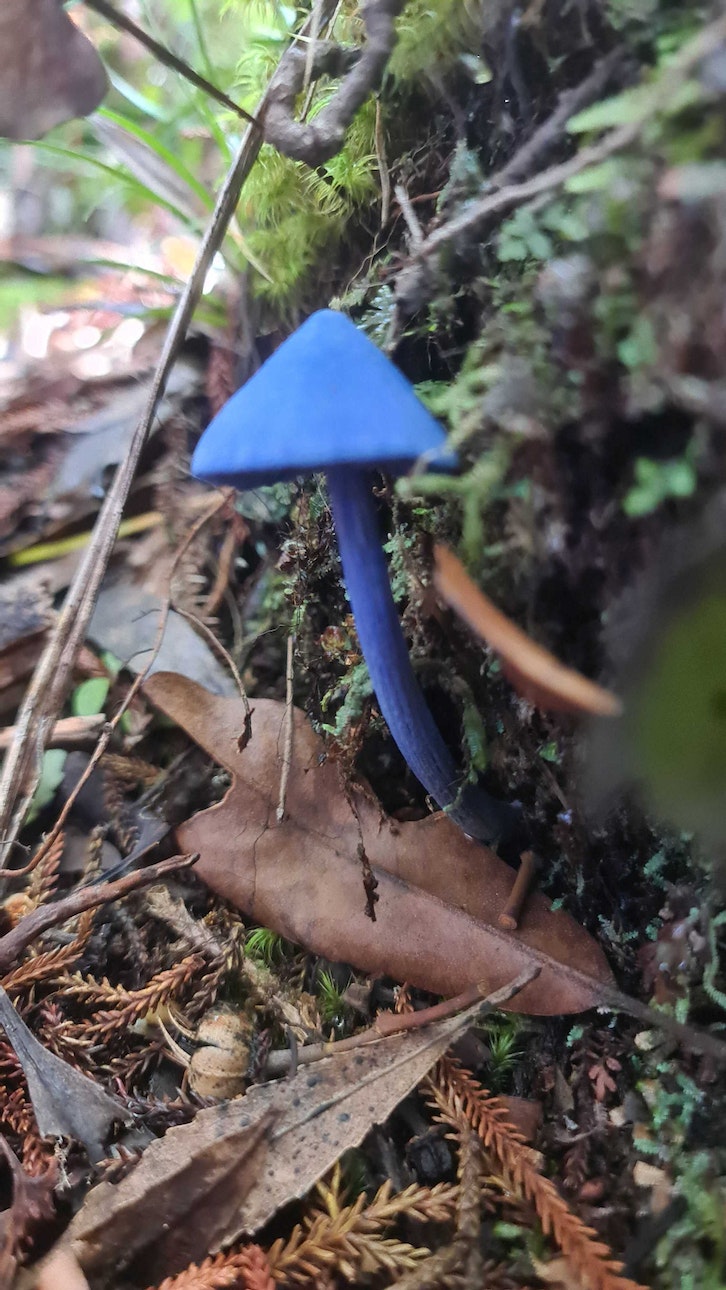 My fascination with fungi started at the age of 8 where I choose them as a topic of study and spent my weekends lying on the floor drawing pages of colourful and quirkily shaped forms with strange botanical names adorning them. As recently as the 1960s many fungi were still considered plants and so received botanical names, demonstrating how little we really know about this essential element of our ecological system which shapes the very fabric of many of the life forms on which we are dependent. 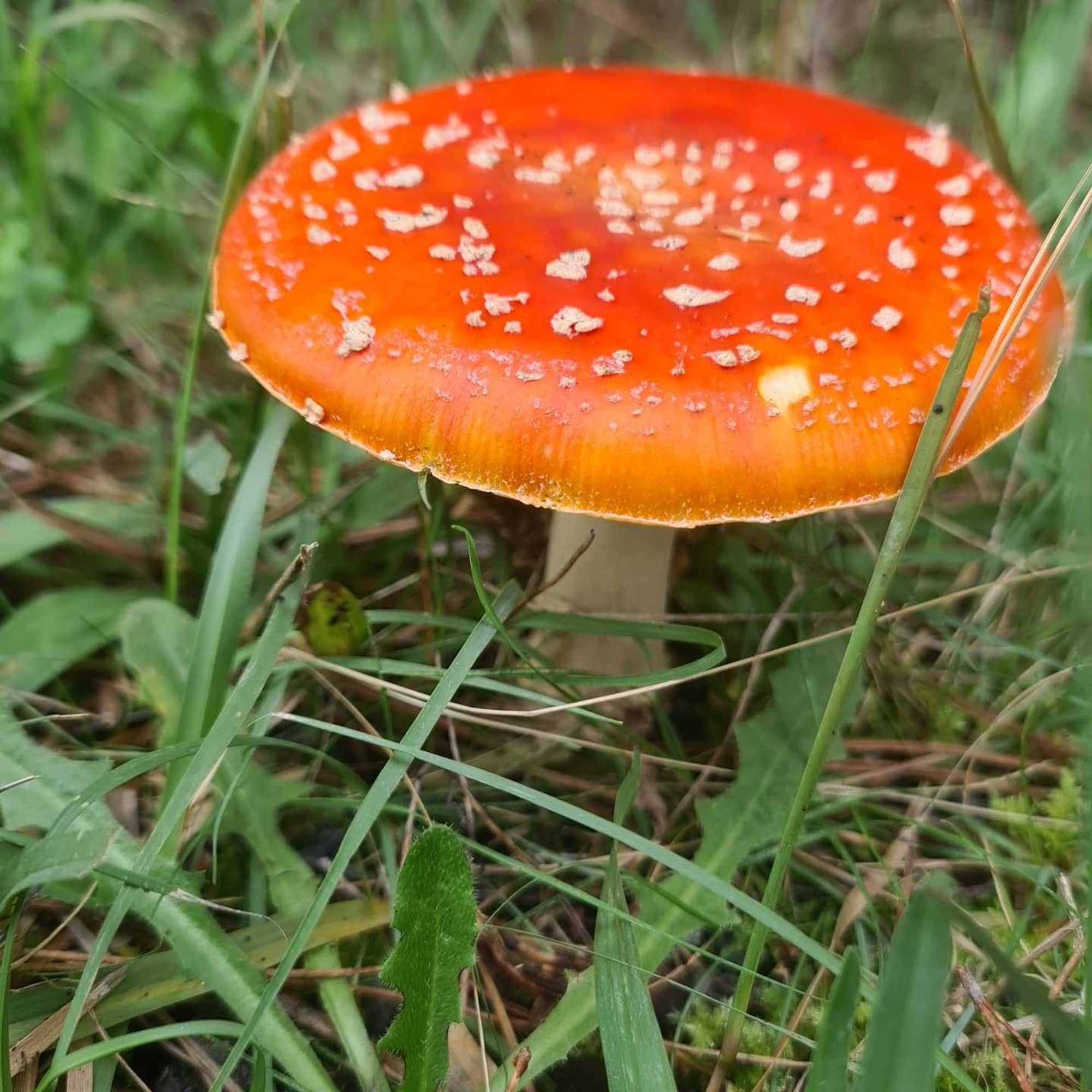 Within every seed that we sow is imbedded both fungi and bacteria specific to the symbiotic relationship of that species. A plant’s root system does not actually have a very great capacity to absorb water and nutrient, but clinging to the surface of all root systems is a fungal layer intersecting the root and the earth which creates an exceptionally efficient system of absorption. 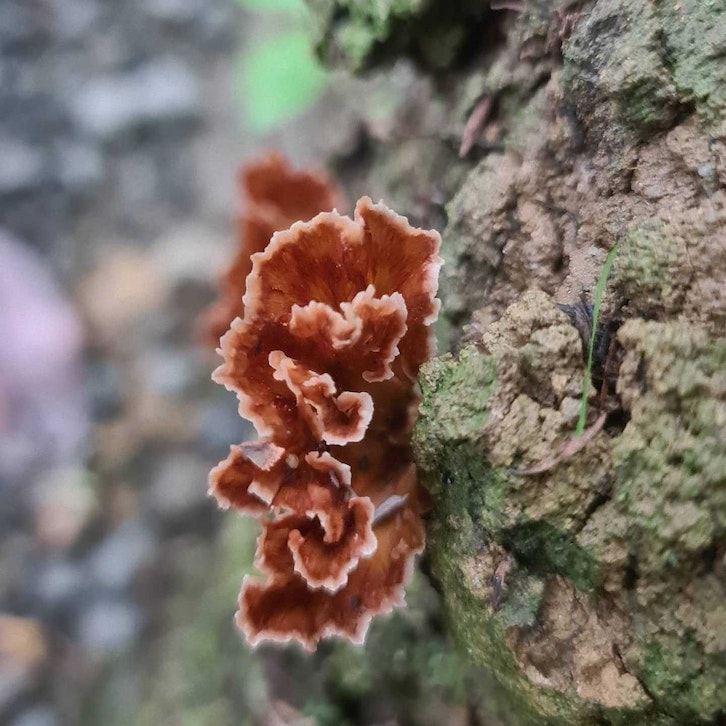 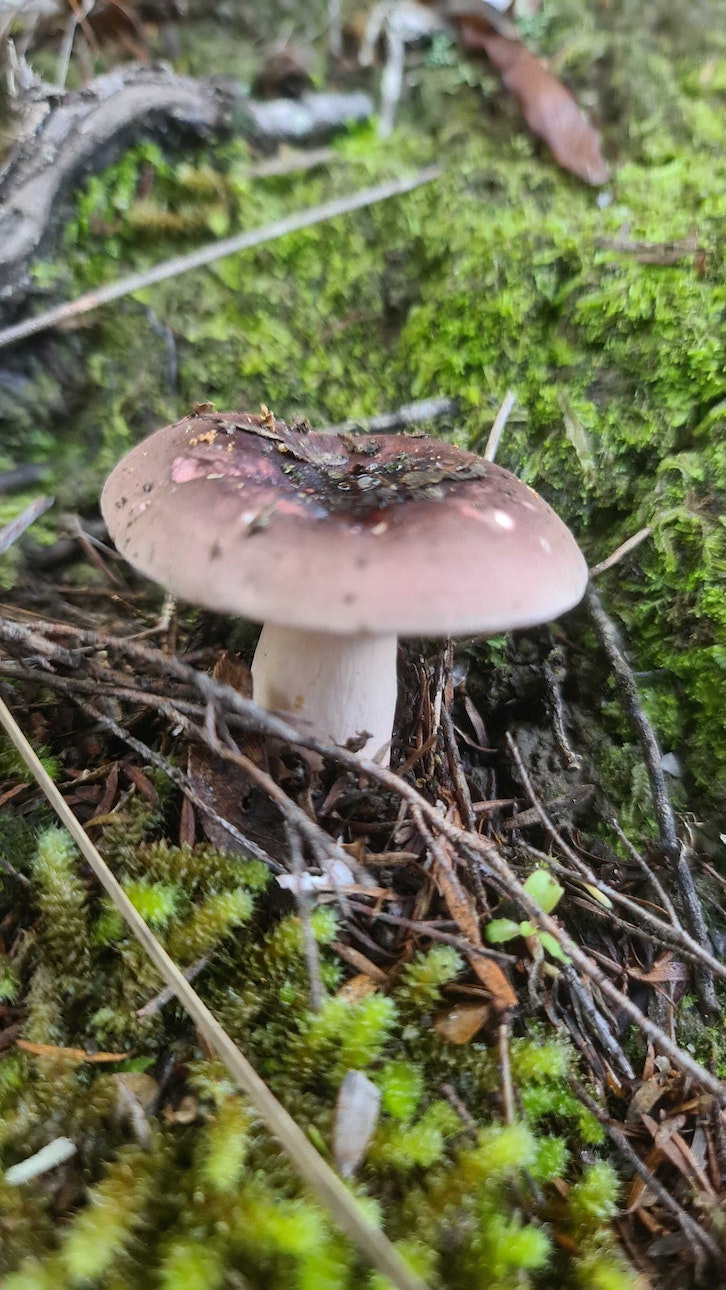 In Aotearoa we know of seven to eight thousand different fungi, and predictions based on the known and unknown of this kingdom in other ecologies suggests that there is likely to be another fifteen thousand species totally undiscovered and yet interwoven with the places with which we are so familiar.
Within this kingdom there are 8 confirmed fungi that were prominent in traditional culture. Fungi were used in te ao Māori for carrying fire, medicine and food. It is most likely that many more were in fact part of traditional life on our islands but, like much sacred knowledge, their use has been forgotten or obscured from us for now. 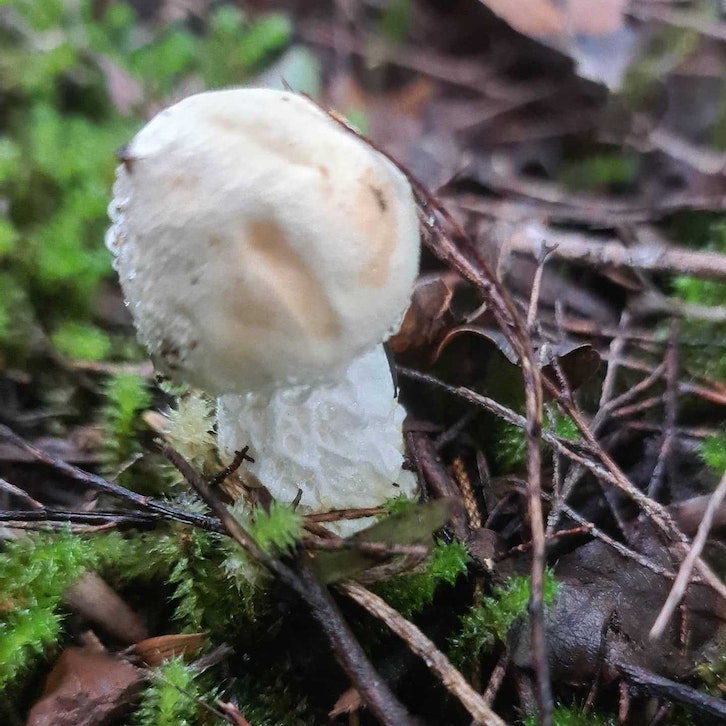 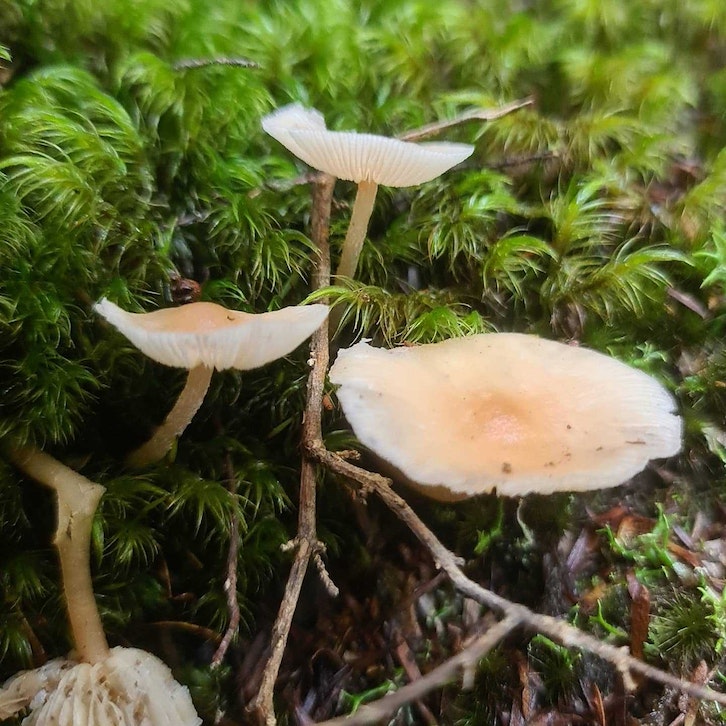 Chris Smith was a technician working at Manaaki whenua when he began his research in the potential commercialisation of our native fungi. He received training from Kiwinet, an organisation that supports scientists in translating the science of their work into commercial models. Central to this process was the recognition that knowledge around these taonga belonged with mana whenua and his role would be most successful where there was an opportunity to work in partnership with this knowledge.
Through this process three taonga stood out as having commercial potential so Smith, who is based in Tāmaki, took his work to the mana whenua of his local region to see who would be interested in bringing this work into the next level. Ngāti Whātua Ōrakei had recently redeveloped their nursery and had two shipping containers onsite ready and available to undertake the project.

The variety you are most likely to see one day on your supermarket shelves or in high end waterfront restaurants is Pekepeke-kiore. It receives its name from its growth habit which allows it to cascade falling from branch to branch as if jumping. Pekepeke denotes jumping and Kiore is the small rodent introduced to Aotearoa during the first migrations of waka. This is a great grower with a subtle flavour likened to kōura (crayfish).
The process of growing fungi requires consistent temperature and humidity hence the containers. Smith’s current role as propagator has him preparing spores for growing, while the long-term potential is under exploration by the hapu’s own scientists and business team. It is likely that within the next few years we will start to be able to enjoy a rediscovery of this once lost local delicacy.

Pekepeke-kiore receives its name from its growth habit which allows it to cascade falling from branch to branch as if jumping. Pekepeke denotes jumping and Kiore is the small rodent introduced to Aotearoa during the first migrations of waka. 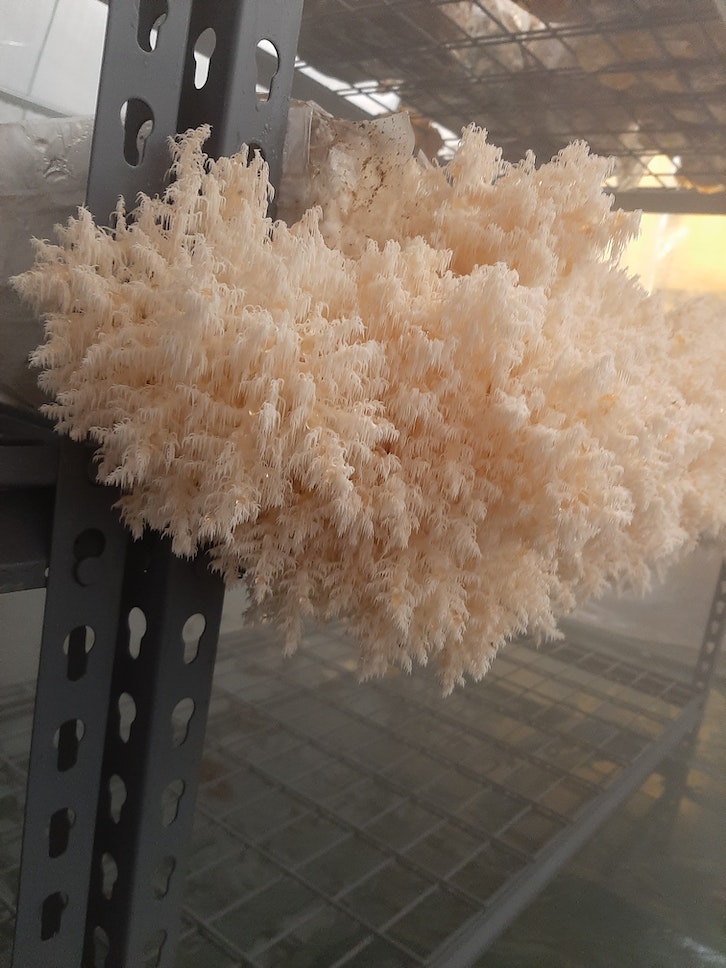 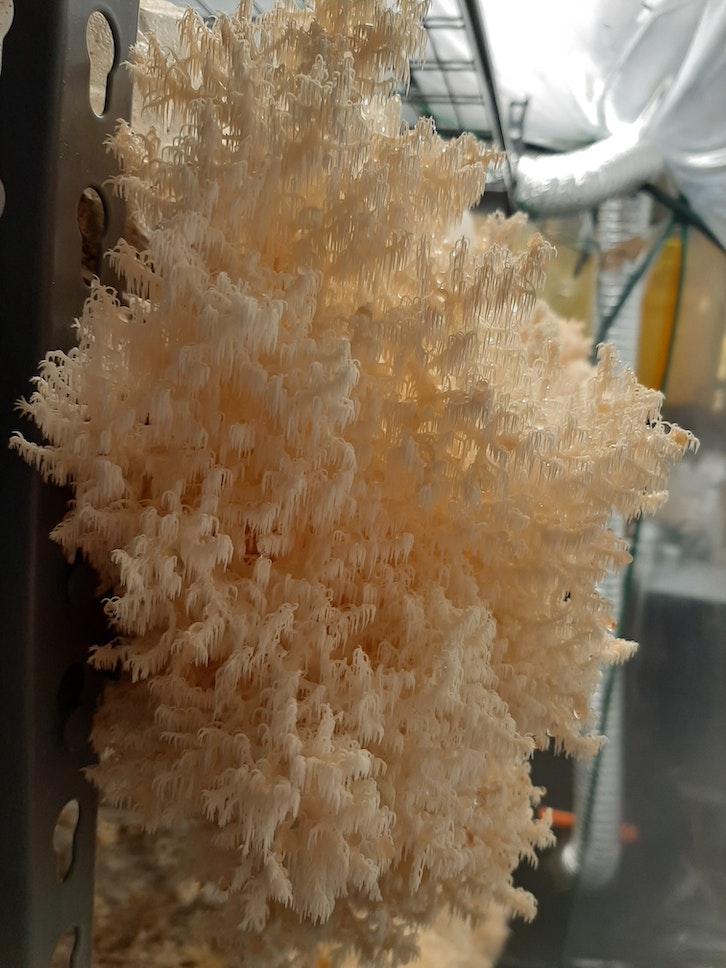 The deeper I fall into the web of the fungi kingdom, the more I see how fungi explains some of the connections within the soil beneath us and the process of growth and life. Yet at the same time I feel like I have walked into an opaque world where most fungi are obscured apart from a few glimmering lights on the surface. I want to pull a torch out and start exploring deeper but know I will never get far past the surface. 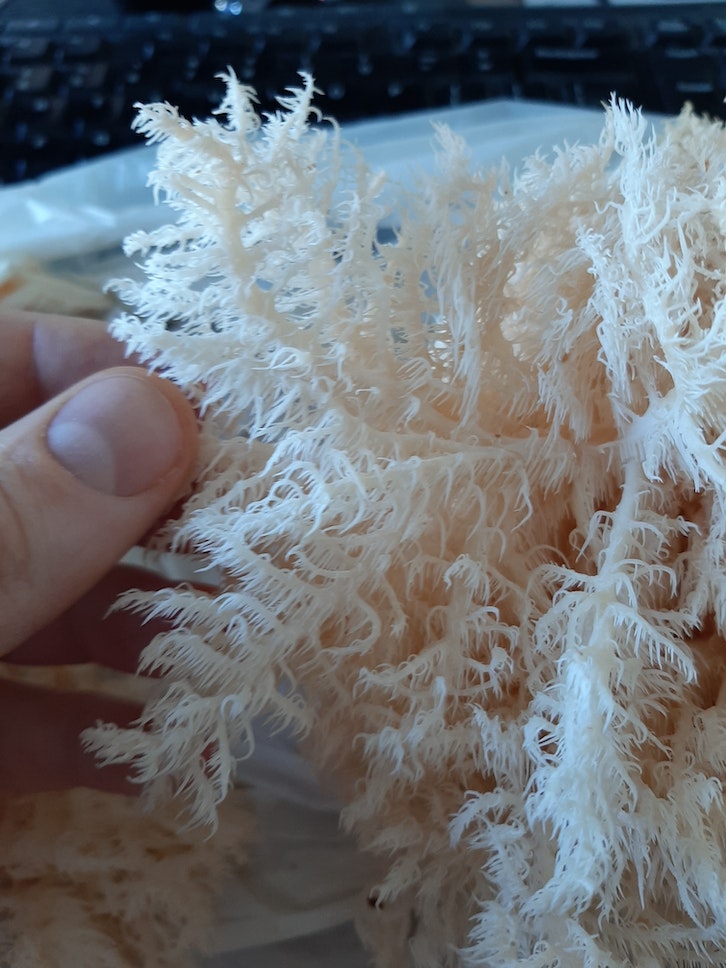 Pekepeke-kiore, the ‘Hericium novae-zealandiae’. Also knows as the Coral tooth fungi, is another native edible and medicinal mushroom known for its use worldwide for neurological benefits. The Pekepeke-kiore are also quite delicious, allowing for wonderful fungi alternative to crayfish or crabmeat as they have a similar flavour profile.

Tawaka (Poplar mushroom) or the ‘Cyclocybe parasitica’ are one of the few known fungi to have been used by Māori as medicine. The Tawaka is a species of gilled mushroom, growing most commonly on native and introduced poplar/plane trees – such as Beilschmiedia tawa, Hoheria or Plagianthus. The best time of year to see this fruiting fungi is in the late summer and autumn months, usually growing in clusters. 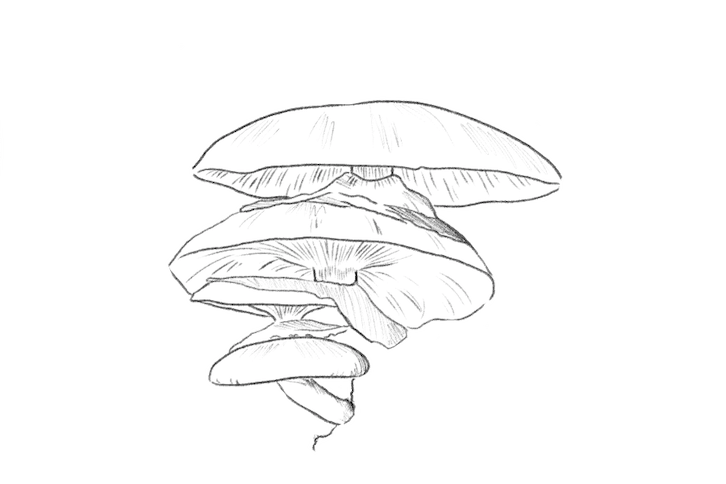 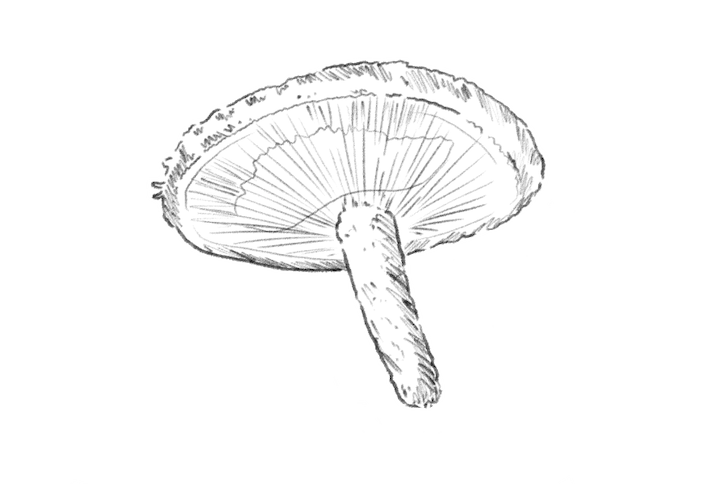 ‘Lentinula novae-zelandiae’. Much like the Japanese counterpart, our native Shiitake has a delicate, sweet, and robust texture. It can be quite difficult to stumble upon on your regular bushwalk but keep an eye out and you may find it cultivating on logs of wood and tree trunks around the Autumn/early Winter season.

Thanks to Chris Smith and Ngāti Whātua Ōrakei for their contributions to this article.
More info on native fungi here!
https://huia.co.nz/huia-services/resources-for-teachers/nga-hekaheka-o-aotearoa/ 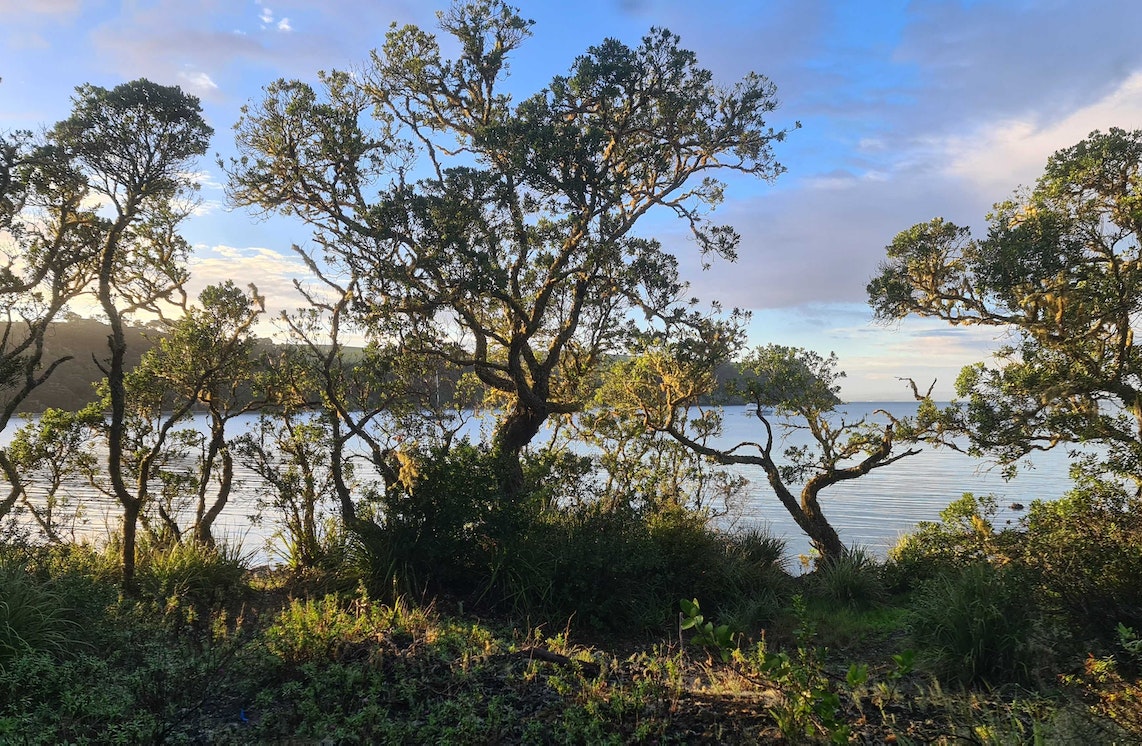 The problem with trees 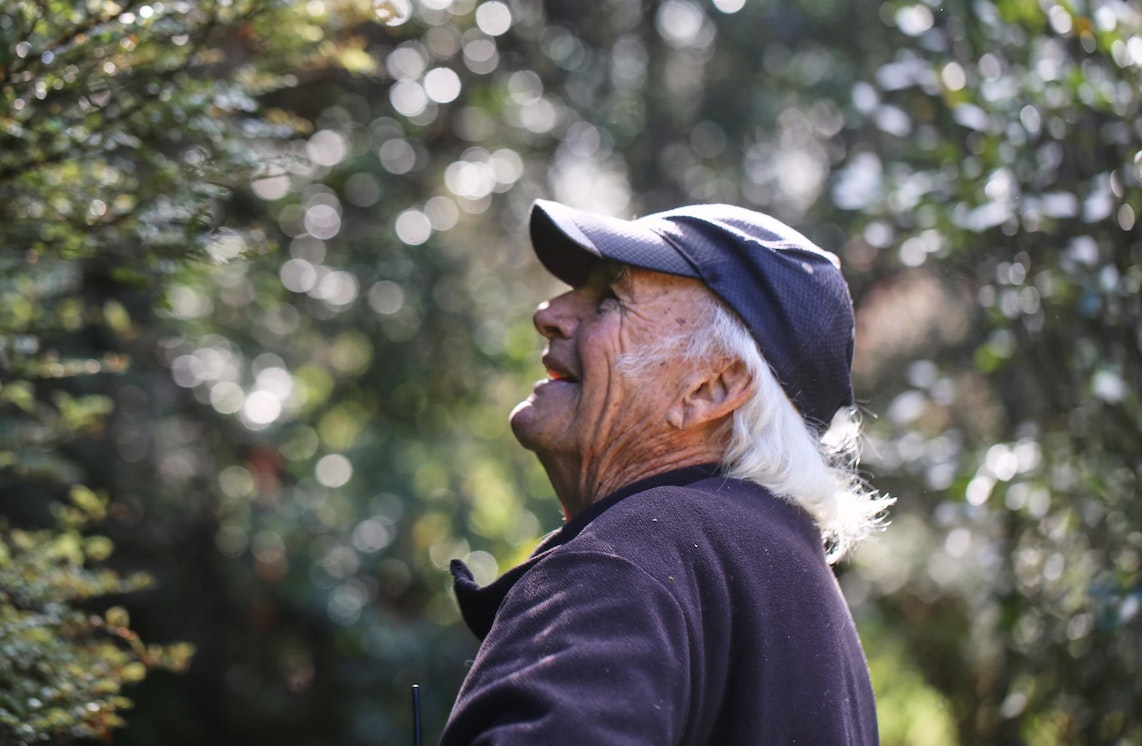